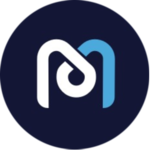 [MDX]
Mdex is a decentralized exchange based on Huobi Eco-Chain & Ethereum, and supports the "dual mining mechanism" of liquidity mining and trade mining

Mdex price Index provides the latest MDX price in US Dollars , BTC and ETH using an average from the world's leading crypto exchanges.

The Mdex to USD chart is designed for users to instantly see the changes that occur on the market and predicts what will come next.

Mdex's current share of the entire cryptocurrency market is 0.01%, with a market capitalization of $ 75.70 Million.

You can find more details about Mdex on its official website and on the block explorer.

Mdex is an automatic market-making decentralized exchange based on the concept of fund pools. It is similar in function to some DEXs on the market, but on this basis, it proposes and implements a dual-chain DEX model based on the Huobi Eco Chain and Ethereum. It combines the advantages of the low transaction fees of the Huobi Eco Chain and the prosperity of the Ethereum ecosystem and supports the dual mining mechanism of liquidity and transactions.

MDX, as a governance token, is one of the important ecological segments in MDEX's strategic deployment, and the team is continuously expanding its application scenarios and building up a complete value system. This transaction fee for MDX repurchase and burn materializes a closed and self-driven loop for value capture. Currently, MDEX spends thousands of dollars on repurchase and burn every day, which effectively boosts the confidence of community users in MDX.