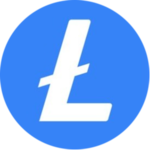 Litecoin is a peer-to-peer Internet currency. Its network enables instant, nearly free-of-cost payments across the globe. Litecoin is open-source, which means it is a fully decentralized global payment network without any central authorities. Mathematical algorithms secure the network and assist participants with the control of their own finances. Faster transactions and improved storage efficiency is the main strength of Litecoin.

It was founded in 2011 by Charlie Lee, the former Google engineer.

What are LTC's key features and how does it work?

Litecoin has always been considered an extension of Bitcoin. In fact, Lee announced Litecoin as a lite version of Bitcoin. For this reason, many features of Bitcoin and Litecoin are the same, though some other aspects that the development team felt could be improved have been adapted and changed.

The supply is fixed and will never be more than 84 million. Approximately every 2.5 minutes, the Litecoin network generates a new block with transactions of Litecoin.

There are incentives for mining Litecoin: the first miner to successfully verify a block is rewarded with 12.5 Litecoins. The number of Litecoins awarded for such a task is reducing with time. In August 2019, it was halved, and the halving will continue at regular intervals until the 84,000,000 Litecoin is mined.

The most important distinction between Litecoin and Bitcoin is the different cryptographic algorithms that they employ. Bitcoin uses the SHA-256 algorithm, whereas Litecoin implements a newer algorithm, called script.

Litecoin was founded with the main goal to speed up transactions, and this is a major reason for its popularity. Litecoin network’s average transaction is currently 2.5 minutes, while bitcoin achieves the same in 9 minutes. The network can handle more transactions because of its shorter block generation time.

Litecoin is one of the oldest and most popular pure cryptocurrencies. This success belongs to its clear utility and simplicity.

According to statistics, Litecoin is one of the most widely accepted cryptocurrencies, there are more than 2,000 stores and merchants accepting LTC across the world.

How Do You Mine LTC?

There are several ways to mine Litecoin: Solo mining, Pool mining, Cloud mining. Each method has its own pros and cons.

The easiest way is cloud mining as you don’t need any hardware. Simply create a Litecoin wallet, choose a cloud mining company, select a mining package, pick a mining pool and start mining. Be careful as there are quite a lot of cloud mining scams, so do your own research and pick wisely. Try to work only with a reputable provider.

Two other methods are nearly the same. First of all, create your Litecoin wallet with the highest security possible. Choose hardware. It may be a rig with multiple GPUs or an ASIC miner. Install software. Choose a mining pool, if necessary, and start mining.

Where can you buy Litecoin?

Litecoin's current share of the entire cryptocurrency market is 0.63%, with a market capitalization of $ 5.74 Billions.

You can find more details about Litecoin on its official website and on the block explorer.