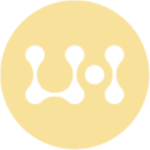 Additional Issuance: LBK was launched with a total circulation of 2 billion, which will never be issued additionally. The initial issue includes 3 rounds, with a total number of 1.2 billion LBK.

Token Release: LBK's subion for individual users will adopt the principle of "one-time purchase, instant release & step-by-step release", that is, after the subion is completed, the instant part will be released to the subion users' account immediately. In order to ensure that the market price of LBK rises steadily, the remaining part will be locked and released gradually.

You can find more details about LBank on its official website and on the block explorer.