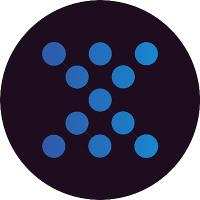 KingXChain facilitates the integration of IoT devices with the KingXChain blockchain network.

You can find more details about KingXChain on its official website and on the block explorer.

KingXChain price Index provides the latest KXC price in US Dollars , BTC and ETH using an average from the world's leading crypto exchanges.

The KingXChain to USD chart is designed for users to instantly see the changes that occur on the market and predicts what will come next.

KingXChain aims to solve a wide range of the current problems of IoT networks in terms of data security, data circulation, data sharing and data transactions, thus enhancing the efficiency of the whole IoT ecosystem. KingXChain introduces the concept of “lastic sharding at layer one” which facilitates the integration of IoT devices with the KingXChain blockchain network.

With the use of Edge Computing technology, it enables every device on the IoT network to be utilized as a mining machine, making every IoT device that uses KingXChain subject to mining rewards. Owing to the use of blockchain technology, the data source will always be reliable and verifiable on the KingXChain network. Furthermore, the value of the data is quantified and data transfers are fast and secured. This makes it easier for IoT standards to emerge, unlocks a plethora of new IoT application scenarios and boosts the whole industry to enter the next level of development.
Cryptorank>Coins price>KingXChain price
Market Data API