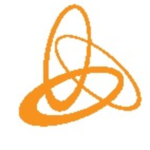 Jasmy is a high-tech company focused on developing and maintaining the Jasmy IoT Platform. Today, many items that we use every single day, such as clothes, food, household appliances, mobile gadgets, and cars, get linked to the Internet (the Internet of Things).

Currently, information gathered by these items, as well as access to the global web itself, is entirely controlled by large corporations through their centralized systems. Centralized systems gather, process, and trade this valuable information to gain profits, without rewarding ordinary IoT users for providing this data.

Jasmy is to disrupt this by offering a blockchain-powered value-creating IoT platform with the aim of providing users with complete control of their data. Jasmy's philosophy revolves around data democracy, in which a user’s data is under their complete control. With Jasmy, a user owns, manages, and controls their private information.

What is JASMY Coin?

Jasmy Coin (JASMY) is the utility token that fuels the operation of the Jasmy Platform. It is an ERC-20-type virtual currency built on top of the Ethereum Blockchain. The coin will be useful in obtaining Jasmy services and products.

The main application of the JASMY crypto is to pay for the use of private data from IoT objects. As more companies join Jasmy, the demand for JASMY tokens is expected to grow. The coin also facilitates access to any data kept in the personal data locker (one of the core components of the Jasmy Platform, allowing users to manage their individual data gathered by IoT devices).

The current circulating supply of JASMY tokens is around five billion, while the maximum supply is limited to 50 billion JASMY tokens.

Jasmy is based in Japan, a well-developed country that has a favorable regulatory climate for cryptocurrencies, and it is also a major market for this virtual currency. JASMY tokens can not only be used for digital transactions and payments but can also be traded using fiat currencies such as the Japanese yen or the US dollar. The JASMY Coin is a licensed Japanese cryptocurrency, which is why investors may choose to trust it.

How Does Jasmy Work?

The Jasmy platform offers an infrastructure that enables data owners to securely store, access, share, and use their own data. This is achieved through the power of the advanced blockchain technology of its IoT platform that allows participants to manage their data and use it as they please.

By leveraging the decentralized blockchain technology, Jasmy creates an effective and democratic process wherein data is retrieved from IoT devices, stored in data cabinets, and safeguarded by secure systems.

The Jasmy blockchain network is designed to restore and protect the sovereignty of individual pieces of data. It combines traditional IoT technology with distributed ledger technology, allowing people to have complete control over their data.

Jasmy’s blockchain aims to protect individuals’ data by giving them full control over when and how their information is used. Users can hold their private data in a secure "privacy locker" offered by Jasmy's distributed storage.

The platform consists of the following key elements working in conjunction:

Where Can you Buy JASMY Coin?

JASMY Coin is listed on several cryptocurrency exchanges including MXC (an exchange in Singapore). Currently, the company is building up the market with additional listings on crypto trading marketplaces such as Gate.io and Jubi. Coinbase Exchange offers the JASMY/USD trading pair. Binance supports JASMY/USDT trading.

Where to Store JASMY Token?

Since JASMY Coin is hosted on the Ethereum blockchain, JASMY tokens can be stored on any hardware or software wallet that is compatible with ERC-20 standard altcoins.

Jasmy's current share of the entire cryptocurrency market is 0.00%, with a market capitalization of $ 18.10 Million.

You can find more details about Jasmy on its official website and on the block explorer.