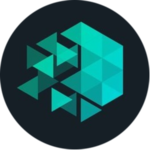 IoTeX is creating the Internet of Trusted Things, an open network where all physical and virtual things can cooperate with full trust and privacy
Website

IoTeX was founded in 2017 and operates as an open-source blockchain-based project. It is built to support use cases within the Internet of Things sector and allow humans and machines to interact in a completely decentralized manner. In particular, the platform hopes to solve the issue of lack of security and privacy. For example, home camera video recordings are owned by the provider.

The platform consists of its own blockchain and IoT middleware that has been developed with innovative hardware, architecture, and security features. It allows developer teams to launch IoT devices, applications, and networks whilst ensuring the privacy of users remains secure.

What are IoTeX key features and how does it work?

What is noteworthy about IoTeX?

IoTeX has a unique decentralized identity (DID) framework. DID helps to ensure that devices and identities remain secure, as well as the data stored or related to them. In particular, IoTeXI is focused on building identities for devices and machines, as well as just humans. This is so that the applications and programs launched on the network can be interoperable with humans and machines, as well as expand the types of users of IoTeX to both categories.

What can IOTX be used for?

IOTX functions as a utility token for the IoTeX Network. It has several crucial use cases within the IoTeX ecosystem that help to maintain the platform’s operations. In more detail, this includes:

Examples of applications using the IoTeX framework include:

Where can you buy IOTX?

IOTX is available for trading on the following CEXs and DEXs listed here. The most popular platforms with the highest liquidity are Binance, Kucoin, CoinBase Pro, Huobi Global, Gate.io, and MEXC Global. The price of IOTX will vary depending on the choice of exchange and overall market conditions. For up-to-date and historic data for IOTX market prices, please view the price charts on this page.

IoTeX's current share of the entire cryptocurrency market is 0.02%, with a market capitalization of $ 269.74 Million.

You can find more details about IoTeX on its official website and on the block explorer.