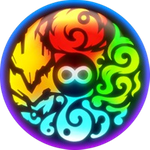 GensoKishi Online is Meta World and the new GameFi of Elemental Knights Online.

GensoKishi Online Meta World is the new GameFi of Elemental Knights Online that won the "Gold Award of Game of the year" in Taiwan in 2012 with a total downloads of over 8 million. Incorporates UGC and Play to Earn to realize a metaverse space in a fantasy world. Players from various fields such as MMORPG developers, blockchain developers, and cryptocurrency finance experts from all over the world are developing the game as one team.

This project has three features: Free to Play x UGC to Earn x Play to Earn.

Anyone can start the game for free, resell the items acquired in the game on the NFT Marketplace, buy the rights and sell costumes made by themselves.

GensoKishi's current share of the entire cryptocurrency market is 0.00%, with a market capitalization of $ 23.98 Million.