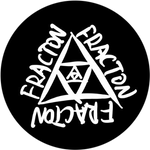 Fracton Protocol is a fractionalization trading platform for blue-chip NFTs. It enables efficient price discovery and equity distribution of NFTs by allowing users to buy, own, and trade fractionalized tokens in ERC-20 and ERC-1155 standards.

What is NFT Fractionalization?

When you come to Fracton Protocol, you can join the open fundraising, which is the first step of the fractional process of the target NFT. After receiving your People’s NFTs (i.e., the ERC-1155 fractions), you can swap them for smaller pieces of ownership — the $FFTs (i.e., the ERC-20 tokens) — at a 1:1000 ratio.

If the fundraising round succeeds, Fracton Protocol will acquire the targeted NFT and deposit it into the treasury. Then, the fractions owners are allowed to redeem any NFTs with enough People’s NFTs instantly.

If the fundraising round fails, Fracton will use the funds raised to repurchase the accrued $FFT released in this round, ensuring the exchange rate is valid.

Fracton Protocol's current share of the entire cryptocurrency market is 0.00%, with a market capitalization of $ 4.94 Million.