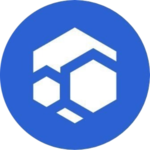 Flux price Index provides the latest FLUX price in US Dollars , BTC and ETH using an average from the world's leading crypto exchanges.

The Flux to USD chart is designed for users to instantly see the changes that occur on the market and predicts what will come next.

Flux's current share of the entire cryptocurrency market is 0.02%, with a market capitalization of $ 191.21 Million.

Flux is a Decentralized Web 3.0 network. It operates as a decentralized computational network that offers a scalable cloud infrastructure that is easy to develop, manage and create applications on.  The Flux ecosystem consists of a range of computing products and blockchain-as-a-service solutions specifically built for real-world use cases. Its ecosystem includes decentralized cloud computing, decentralized website hosting, decentralized nodes for dApps, and file storage. Its mainnet, FluxOS, was launched in January 2018. The overarching goal of Flux is to facilitate easy and efficient blockchain adoption. As such, the platform allows tailor-made blockchains to be developed for Flux’s strategic partners. independent developers can also launch projects with minimal difficulty using the platform’s services.

The FLUX Proof-of-Work coin powers the entire ecosystem and also functions as a governance token. The coin also doubles up as the main incentive for taking part in the Proof-of-Work consensus mechanism as deployed by Flux. FLUX total supply is 440,000,000.

What are FLUX’s key features and how does it work?

FluxOS is a decentralized and scalable infrastructure on which dApp programmers, blockchain builders, and other developers can deploy their creations. It functions as a second-layer operating system and fully decentralized computational network. The FluxOS network relies on FluxNodes to power the ecosystem. Nodes are located across the globe and are operated by Flux holders. The nodes communicate with each other and secure the network. The system allows applications to seamlessly run even if a node is offline due to unforeseen circumstances thanks to the network’s horizontal scaling. This is because applications running on the network automatically get replicated across FluxOS and are automatically accessible

FluxOS also features an API backend. This means that any app can be managed and deployed using API and UI. FluxOS is also compatible and fully interoperable with any blockchain meaning that any app on any chain can run on FluxOS.

What can Flux be used for?

FluxOS is completely open-source and built using Mongo, Express, Vut, and Node (MEVN Stack). As such, it is accessible to a lot of developers from different backgrounds.

The Flux network can be used across a variety of use cases, for example:

Examples of apps already running on the network include Rustpad, a collaborative code/text editor, Bibliogram, an Instagram data viewing tool, amongst others.

Where can you buy FLUX?

FLUX is available for trading on the following CEXs and DEXs listed here. The most popular platforms with the highest liquidity are Binance, Gate.io, and Kucoin. The price of FLUX will vary depending on the choice of exchange and overall market conditions. For up-to-date and historic data for FLUX market price, please view the price charts on this page.