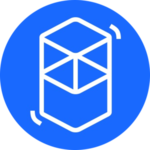 Fantom price Index provides the latest FTM price in US Dollars , BTC and ETH using an average from the world's leading crypto exchanges.

The Fantom to USD chart is designed for users to instantly see the changes that occur on the market and predicts what will come next.

Fantom's current share of the entire cryptocurrency market is 0.07%, with a market capitalization of $ 773.19 Million.

You can find more details about Fantom on its official website and on the block explorer.

Fantom is a high-performance, scalable, secure, and directed acyclic graph (DAG) smart contract platform. It was created in 2018. and is designed to overcome some of the limitations of older blockchain platforms.

Indeed, Fantom proponents claim that it solves the blockchain Scalability Trilemma, according to which only two of the following three are possible at the same time: Decentralization, Security, and Scalability. The creators claim that it is highly scalable whilst neither sacrificing security nor decentralization and have a goal of executing over 300,000 transactions per second.

What are FTM key features and how does it work?

Fantom works in a modular way which makes the network exceptionally flexible. Its principle of modularity is enabled by Lachesis, which is a modular consensus blockchain layer being used at the core of Fantom. This layer is completely decoupled, flexible, and can be plugged into any distributed ledger

Lachesis is an aBFT (asynchronous Byzantine Fault Tolerance) consensus mechanism. ABFT is arguably one of the highest standards of consensus algorithms. It is capable of scaling to multiple nodes distributed across the globe in a permissionless, open environment, providing high levels of decentralization.

The fundamental characteristics that make Lachesis such an efficient algorithm are that it is asynchronous, leaderless, and provides finality while also being Byzantine Fault Tolerant. In essence, this means that commands can be processed at different times, no one participant has more power than another, and transactions are confirmed in 1-2 seconds. Also, the Byzantine Fault-Tolerant supports a third of faulty nodes, including malicious behavior. Validators must stake a minimum of 1,000,000 FTM.

Additionally, Lachesis is designed to plug into applications written in any programming language easily. This means that developers can quickly deploy their existing Ethereum-based dApps on the Fantom Opera mainnet, substantially benefitting from improved performance and lower costs.

The Fantom Opera Mainnet is a secure and fast environment that allows developers to build decentralized applications. It is fully permissionless and open-source and is powered by Fantom’s aBFT consensus algorithm. It is compatible with the Ethereum Virtual Machine (EVM) and provides full smart contracts support through Solidity. As such, many Ethereum-based dApps are currently on Fantom. These include the exchange liquidity pool Curve, as well as yearn.finance, which offers lending and trading services.

Any network or application built on Fantom will remain independent from others. This means that performance will remain high and congestion will not become an issue.

What can Fantom be used for?

Fantom has a large scope for potential use cases due to the mainnet’s characteristics. Indeed, the team envisions the platform being used across many sectors, including public utilities, smart home systems, healthcare, education, traffic management, resource management, and environmental sustainability projects.

Currently, in terms of DeFi applications, Fantom supports the following:

Lastly, the Fantom Foundation currently has agreements with several countries and their governments about the use of Fantom. These include Pakistan, Tajikistan, Afghanistan, and India.

Where can you buy FTM?

It is available to buy on several of the biggest cryptocurrency centralized and decentralized exchanges as listed here.