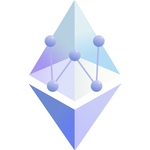 EthereumPoW is the original Ethereum blockchain powered by Proof-of-Work consensus. Ethereum Foundation is shifting to a PoS fork while some community members decided to stay with the PoW Ethereum. Community of EthereumPoW has several goals while developing EthereumPoW:

EthereumPoW will have its own mainnet and mining pools.

EthereumPoW (ETHW) operates on its own blockchain.

You can find more details about EthereumPoW on its official website and on the block explorer.