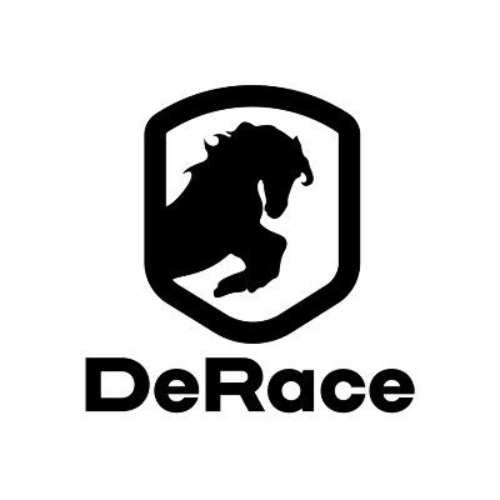 DeRace is a virtual NFT horse racing universe built on blockchain and powered by DERC.

DeRace's current share of the entire cryptocurrency market is 0.01%, with a market capitalization of $ 208.53 Millions.

DeRace price Index provides the latest DERC price in US Dollars , BTC and ETH using an average from the world's leading crypto exchanges.

The DeRace to USD chart is designed for users to instantly see the changes that occur on the market and predicts what will come next.

DeRace is a complete NFT horse racing ecosystem where you can participate in horse races, breed NFT horses with unique characteristics, build your own NFT hippodrome, bet on the races, and earn DERC while doing it.

DeRace is breathing new life in the static NFT market by allowing players to fully interact with their DNA enriched NFT horses and have total control over their hippodromes.

DeRace is introducing NFT Market's First Cashflow Generating ETF. DeRace will issue an ETF that will act as a basket of many horses. The underlying horses could be used within the DeRace ecosystem to generate cash flow, which will then be used to burn ETF tokens.

DeRace platform economy will run on DeRace Coin (DERC), which will power all transactions (entry fees, prizes, NFT sales, player earnings, etc) made on the platform including referral bonuses and reward programs.

DeRace's native coin (DERC) is an ERC20 based cryptographic token that complies with the Ethereum system and can be traded on the Ethereum blockchain.

The first and foremost function of DERC is to fuel the whole platform. Even though DeRace crowdfunding activities allow transactions in both DeRace coins and other traditional means of payment, DeRace coins will ultimately serve as the base currency for transactions within the DeRace universe.

Deposits via cryptocurrency or traditional payment methods are automatically and transparently converted to $DERC (by purchasing them from coin holders) which are then used to complete the transaction.

All activities on the platform, including bets, races, winnings, and asset trades are executed exclusively in DeRace Coins. Also, all player earnings are paid out only in DERC. This guarantees constant token volume and circulating supply.