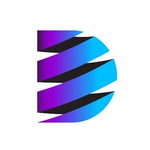 DataHighway's IoT parachain is to provide a decentralized LPWAN roaming hub, including decentralized DNS for LoRaWAN roaming, which allows any LoRaWAN network operator to store and retrieve roaming agreements on the DataHighway blockchain's secure distributed database, along with policies for billing, charging, dispute resolution, and adjustments, and associated logs.

LoRaWAN IoT devices that belong to a data provider and have been activated with a network operator that has established relevant roaming agreements and policies on the DataHighway may roam whilst maintaining continuity of their uplink data to the data buyers that purchased a subscription to the data from the Data Highway's Inter-Chain Data Market to power Decentralized Applications (DApps) that they may have built on different blockchains.

DataHighway's community members will ultimately be incentivized to operate a sophisticated IoT parachain based on Polkadot, where they may stake, govern, mine and otherwise participate using the new DHX token and its associated Decentralized Autonomous Organization (DAO), and Inter-Chain Data Market.

DataHighway (DHX) operates on its own blockchain.

You can find more details about DataHighway on its official website and on the block explorer.