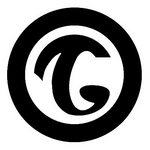 City Tycoon Games is a Simulation Game where anyone can earn tokens through skilled gameplay. Players can obtain rewards through daily activities, limited-time activities and trading market. The rewards include a small amount of tokens. The game will have a daily ranking event available. Players will be ranked according to the sum of their daily dice rolls. All players will get a fixed reward of certain resources according to the ranking, and the top 10 will also get a random treasure chest, which has a chance to open a small amount of tokens.

The game will offer interesting limited-time activities on an occasional basis, such as participating in resource plundering events within a fixed period of time at the end of which players will be ranked according to the number of resources plundered and rewarded with certain tokens.

City Tycoon Games's current share of the entire cryptocurrency market is 0.00%, with a market capitalization of $ 357.29 Thousands.