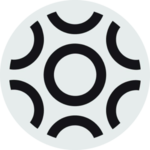 [BTRST]
Ethereum
Braintrust is a decentralized talent network that connects highly skilled tech freelancers with the innovative companies in need of their skills.

Braintrust price Index provides the latest BTRST price in US Dollars , BTC and ETH using an average from the world's leading crypto exchanges.

The Braintrust to USD chart is designed for users to instantly see the changes that occur on the market and predicts what will come next.

Braintrust's current share of the entire cryptocurrency market is 0.00%, with a market capitalization of $ 27.40 Million.

Braintrust is the first decentralized talent network enabled by a blockchain token that aligns the interests of both talent and enterprises.

The community that relies on Braintrust to find work are the same people who build and benefit from it, ensuring the network always serves the needs of its users, instead of a centrally-controlled corporation. Unlike other marketplaces that take 20% to 40% of talent earnings, Braintrust allows talent to keep 100% of earnings and enables clients to make their budgets go further by cutting out the unnecessary middle men.

Braintrust is a live, self-governing decentralized network with tens of thousands of talent participants and hundreds of Fortune 1000 enterprises including Nestle, Porsche, Atlassian, Goldman Sachs, and Nike processing millions of dollars in transactions each month. All of the development and maintenance of the network has been done by a global network of contributors on the Braintrust network.

Existing talent marketplaces are broken - they are extractionary and disenfranchise the worker - Braintrust is changing that by aligning the incentives between employers and talent.

Instead of wasting money on expensive marketing campaigns; Braintrust rewards its users with its native token, BTRST, for helping grow the network. Anyone can join and start earning BTRST by inviting clients and talent that eventually transact on the network. Rewards are paid out dynamically based on contributions to the network.

Braintrust’s novel business model of charging talent 0% and enterprises 10% saves both sides up to 70% in fees compared to traditional Web 2.0 talent marketplaces. This attracts high-quality enterprises with large, ongoing jobs like Nestle, Porsche, NASA, Nike, Allstate and Goldman Sachs, to continue to grow their use of the network.

Braintrust is the first decentralized talent network operated by the users of the network. Unlike traditional Web 2.0 marketplaces where users are taken advantage of, each user on Braintrust has a voice in the development of the network. This keeps incentives aligned and users engaged in the long term success of the network.

BTRST token holders can discuss ideas for improvements, propose changes and vote on governance proposals. Each token represents one vote and anyone that holds BTRST can propose changes to the protocol such as fee structure, category expansion and product improvements. Users must hold BTRST to propose and vote.

Talent and clients can stake tokens to stand out. For example, if a talent stakes tokens on a job and is then a “no-show”, those staked tokens may be forfeit to the client. Additionally, if a client stakes tokens on a job posting, all qualified applicants will earn tokens in the event the client doesn’t select one of the applicants for the job. Token bid staking helps “un-stick,” or reduce friction, in the marketplace, emphasizing transparency by addressing mismatches of supply and demand.

This enables talent in the Braintrust network to uplevel their skills, earn certifications and increase their earnings over time.