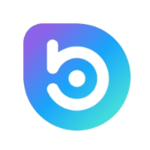 Bora is a decentralized application platform for digital contents distribution.

BORA is the name of a dApp service and a utility token native to this system. Described as a decentralized entertainment platform and designed to distribute digital content, this cryptocurrency offers a flexible, scalable and modular solution that is both secure and transparent. Each content provider can implement the blockchain independently from other solutions, and without affecting other services, which results in an impressive level of reliability.

Initially, the platform's digital reach was mainly aimed at the world of video games but there are plans for expansion into various other fields. The project’s plan is to add existing popular video games into their network instead of making new ones. The user's accounts and assets are fully integrated within the system, as well as mutually compatible, and the platform is scalable and designed to handle the data seamlessly. The BORA token is designed to act as a means to exchange within the system, it can be used for in-app purchases, as well as for other purposes. The platform also uses the platform’s secondary SHELL token. It is usually what customers and gamers gain as a reward on a play-to-earn basis. SHELL tokens can be exchanged for BORA (this is designed to avoid high gas prices, normal for the Ethereum blockchain). The platform now uses Klaytn as its mainnet and is not an ERC-20 token anymore, which provides a great level of efficiency and stability. The migration was completed on November 1st 2021.

The project operates out of South Korea and was launched in 2019. Since then the BORA project has partnered with many games, mainly mobile ones, that are played by more than 50 million people from all around the globe.

What are BORA’s key features and how does it work?

Focusing on modularity, transparency and security of its services, BORA utilizes a dual-blockchain architecture. The Ethereum blockchain is used as a mainnet thus making the BORA platform a layer-2 solution. Currently the ecosystem has migrated from the Ethereum to Klaytn (KLAY) blockchain (this solution shares its country of origin, South Korea, with BORA). The dual-blockchain design offers impressive scalability and speed, for example, one set of side chains offers a speed of 2,200 TPS (transactions per second). And being modular, adding more side chains will boost the number significantly. There is no technical limit that would prevent further expansion and adding side-chains, meaning that nothing can stop the platform from scaling up significantly, resulting in possibilities of even higher TPS count. For example, a quintuple side-chain would offer 11,000 TPS.

BORA tokens are received in exchange for SHELL tokens that are generated in many games (and other apps) that are partnered with the platform. SHELL tokens are not tradeable outside of the BORA network and mainly act as an in-game currency. However, BORA coins are tradeable and can be bought on online exchanges. This solution (it’s worth noting that one platform using two different tokens for various purposes is not a rare occurrence in the world of blockchain gaming) makes perfect sense, since the gas prices inside the Ethereum blockchain tend to be quite high, resulting in large fees. As such, this approach offers a way to convert one currency into another without high transaction fees, even though the platform doesn’t operate within the Ethereum blockchain anymore.

The platform’s growth strategy is different from many other blockchain-based gaming-related solutions. This lies with the fact that the company operates by integrating already existing games into its platform. This makes BORA stand out in a world where most platforms prefer to make their own blockchain games. This approach can pay off, since partnering with existing games that might already have large user bases make faster expansion possible and even likely. And it seems that the solution has paid off for BORA: it claims that more than 50 million gamers worldwide enjoy the platform’s functionalities. While the list of apps currently consists of mobile games only, it’s not limited to casual ones, and there are plans of expansion outside of the world of video games.

Where can you buy BORA?

BORA (BORA) tokens are available to buy on various platforms. The list includes: Upbit, Bithumb, Hotbit and Coinone (mainly South Korean exchanges). They can be traded against stablecoins (USDT), cryptocurrencies like BTC and ETH and sometimes against FIAT (mainly against South Korean won).

How can you store BORA?

The company offers a proprietary wallet that is available for mobile devices. It can also be stored on the online wallets of exchanges that support Klaytn blockchain (such as Upbit or Bithumb). The Klip wallet, provided by the popular South Korean instant messaging service KakaoTalk, also supports BORA. Previously, when Ethereum used to be its mainnet, the token could be stored in any ERC-20 compatible wallet.

BORA tokens are not minable and there are no staking programs available.

BORA's current share of the entire cryptocurrency market is 0.02%, with a market capitalization of $ 137.82 Million.