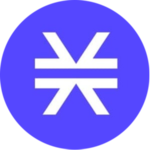 [STX]
Stacks is a new decentralized internet where users own their data and apps run locally. A browser portal is all that’s needed to get started.

Stacks price Index provides the latest STX price in US Dollars , BTC and ETH using an average from the world's leading crypto exchanges.

The Stacks to USD chart is designed for users to instantly see the changes that occur on the market and predicts what will come next.

Stacks (STX) operates on its own blockchain and can be minted.

Stacks's current share of the entire cryptocurrency market is 0.05%, with a market capitalization of $ 568.00 Million.

You can find more details about Stacks on its official website and on the block explorer.

Stacks is a platform that facilitates the use of smart contracts and decentralized applications on top of the Bitcoin network. The Stacks platform is powered by Bitcoin as it depends on it for security and the execution of transactions. Essentially Stacks gives its users the benefits of merging smart contracts together with Bitcoin’s functionality.

In other words, the Bitcoin network acts as the finality and security layer for the smart contracts that are contained and executed in the Stack Blockchain. This is possible through the Proof of Transfer mechanism used by the Stacks platform. As such, Stacks unlocks the full potential of Bitcoin by allowing DeFi applications to be built on top of this network.

What are Stack’s key features and how does it work?

Stacks makes use of a new and unique consensus mechanism called: Proof-of-Transfer (PoX). Arguably, this mechanism has the high-security feature of Proof-of-Work while still also having the high-scalability characteristic of the Proof-of-Stake mechanism.

There are two participants in the Proof of Transfer mechanism, these are miners and stackers. Miners can bid their BTC to have a chance at writing blocks on the Stacks blockchain and therefore minting STX rewards, as well as receiving transaction fees.

The Proof of Transfer mechanism removes the need for a system of burning cryptocurrencies. Instead, it requires that mined cryptocurrencies be transferred to other participants within the ecosystem.

What is noteworthy about Stacks?

Since Stacks is connected with the Bitcoin network, it accordingly retains some of its benefits. These are high security since all transactions are settled on the Bitcoin blockchain, as well as large capital since anyone holding BTC can take part in the consensus process and earn more rewards.

However, Stacks also scales independently from Bitcoin. This means that further benefits include low costs and fast transactions, something

Furthermore, the platform offers some advantageous properties to its users. For example, it offers built-in Privacy. Data stored in Stacks apps, such as photos, messages, health records, are encrypted by default. Apps cannot see, access, or track users’ activity since all data is owned to 100% by the user, rather than the app itself.

Also, Stacks’ smart contracts, which are created using their programming language Clarity, facilitate the creation of different types of digital assets, including tokens and digital collectibles that can be created, owned, and traded.

Where can you buy Stacks STX?

Stacks can be bought at any of the CEXs and DEXs as listed here. Popular choices include Binance and OKEx.