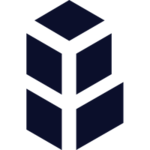 Bancor is a decentralized liquidity network that provides users with a simple, low-cost way to convert tokens directly from their wallets.

Bancor is a blockchain protocol that was founded in 2017. The protocol facilitates the decentralized exchange of digital assets on Ethereum and other blockchains in a fully automated way. It targets small and micro-cap coins that struggle with liquidity due to their market cap, or range of offerings on exchanges. As such it aims to provide them with liquidity and to provide liquidity providers with rewards.

In other words, it is an on-chain liquidity protocol that aims to incentivize providing liquidity to smaller crypto markets.

The Bancor protocol functions in a similar way to an automated market maker (AMM), a mechanism designed to provide liquidity to markets. However, it aims to do so without relying on a financial institution to do so.

BNT is Bancor’s native token, it has a maximum fixed supply of 69 million tokens. The platform also makes use of ETHBNT.

What are Bancor’s key features and how does it work?

Bancor functions like an AMM, it seeks to incentivize users to lock their assets into liquidity pools on the platform. The network makes use of its native BNT token, and smart contract technology in order to facilitate trades with minimal fees, and fast speeds.

The pools are made up of a pair of tokens, as well as a reserve of the native BNT token. Users can deposit one or both of the tokens into any given pool on the network, but they must also deposit BNT into the pool. In this manner, BNT is used as the reserve currency on the network.

In return for depositing coins into a pool, a user will receive new tokens, called pool tokens. Pool tokens give users the right to retrieve the original amount they locked in the protocol. BNT is used as the intermediary currency during trades.

Bancor uses “oracles” in order to ensure that its liquidity providers can obtain the correct price for any coins that they previously locked on the platform. Oracles on the Bancor network are designed to gather price information from external sources. As such, pools on the network adjust the proportions of tokens automatically in order to correlate to their market prices. This allows LPs to withdraw equivalent values of their deposited tokens.

What is noteworthy about Bancor?

Since Bancor is built, and therefore compatible, on both Ethereum and EOS, the platform can facilitate exchanges between one coin on the Ethereum standard, and another on EOS, using BNT as the intermediary token.

How can BNT be used?

The BNT token is a core part of the trading process on the Bancor protocol.

Where can you buy BNT?

BNT is available to buy on the CEXs and DEXs as listed on the market tab here. Some of the most popular exchanges include Bancor Network itself, OKEx, and ZB.com.

For full and up-to-date information about BNT price, including historical price charts, please view the price data on this page.

Bancor's current share of the entire cryptocurrency market is 0.01%, with a market capitalization of $ 63.17 Million.

You can find more details about Bancor on its official website and on the block explorer.