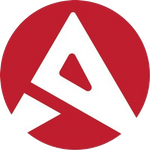 Avaxtars price Index provides the latest AVXT price in US Dollars , BTC and ETH using an average from the world's leading crypto exchanges.

The Avaxtars to USD chart is designed for users to instantly see the changes that occur on the market and predicts what will come next.

The maximum supply of Avaxtars that will ever be issued is 1.00 Billion tokens, and the current supply of AVXT in circulation is 253.29 Millions tokens.

Avaxtars's current share of the entire cryptocurrency market is 0.00%, with a market capitalization of $ 185.71 Thousands.

Avaxtars is a browser-based Idle Sci-Fi game on Blockchain. First 10000 Avaxtars are called Gen1 Avaxtars and each one is a uniquely generated NFT by AI. Users, a.k.a. Agents as called in Avaxtars Metaverse, can take 2 Gen1 Avaxtars and put them into PAGM (which is an another NFT with a total of 5000 limits) to generate Gen2 Avaxtars and native token of Avaxtars, $AVXT. Other users who don't really like farming can take advantage of being in Metaverse and use partnered projects' NFTs to increase the success rate of a Gen2 Avaxtar when they send Gen2 Avaxtars to quests and earn $AVXT.

The main token of Avaxtars is $AVXT, which was created on the Avalanche network using the ERC-20 standard. The most important way to earn $AVXT is to get it with the dynamics in Avaxtars. Players may currently obtain boxes using Gen1 Avaxtars’ BoxDrop ability and open these boxes to obtain $AVXT. However, this is only a temporary solution because each Gen1 character’s BoxDrop ability has a limited number of uses. Another important way to earn $AVXT is to use PAGM devices. If a PAGM device achieves a successful result by using two Gen1s, it generates a new Gen2 Avaxtar with some $AVXT tokens as a bonus.