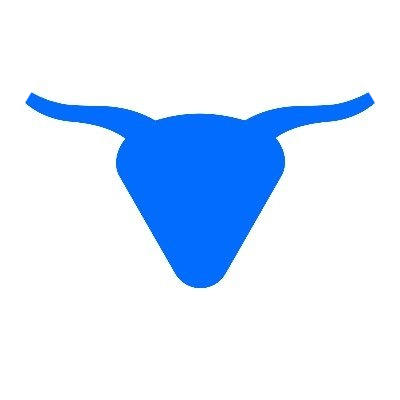 Aurox is a trading platform that solves DeFi lending and DEX limitations by leveraging the efficiency in decentralized lending.

The maximum supply of Aurox Token that will ever be issued is 1.00 Million tokens, and the current supply of URUS in circulation is 581.15 Thousands tokens.

Aurox Token's current share of the entire cryptocurrency market is 0.00%, with a market capitalization of $ 109.42 Millions.

You can find more details about Aurox Token on its official website and on the block explorer.

The Aurox Token to USD chart is designed for users to instantly see the changes that occur on the market and predicts what will come next.

What is Aurox Token

Aurox Trade is Aurox’s centralized order execution and trading platform with margin trading capacity of up to 4x the value of underlying assets.

Our platform is unique in that it sources liquidity for supported margin assets by borrowing directly from our DeFi lending platform, Aurox Lend. Whereas the order book liquidity on Aurox Trade is generated from our integration into multiple centralized exchange partners.

Aurox Trade is not an exchange. It is an aggregated match making engine which allows users to log into the Aurox Terminal and place orders on over 10 exchanges with a single account. In essence, Aurox Trade integrates directly into your favorite exchanges, such as Binance and Bitfinex, and executes trades on your behalf through our proprietary trading engine. Traders will be able to receive the lowest fees, lowest slippage and the deepest liquidity.

Aurox Trade takes it one step further, allowing traders to access margin based ordering through the Aurox Lend DeFi protocol.

In a typical, centralized exchange, margin lending is handled directly from the exchange’s cryptocurrency accounts and results in loans of margined assets directly between the account holder and the exchange.

Aurox Trade offers up to 4X leverage on majority of cryptocurrencies such as BTC and ETH. Typically, on a centralized exchange when a margin balance is opened, it is funded in fiat such as USD. That USD can then be used to purchase currencies available on that platform. Traders can establish margin loans in specific markets, and their leverage, the maximum amount they can borrow, is dependent on the liquidity of that market.

On Aurox, margin loans are directly funded in the cryptocurrency they wish to borrow. For example, if a trader is shorting ETH, they would sell 4X the value of ETH as their posted collateral. Aurox would fulfill this trade by pulling the respective amount of ETH from its reserve pool, which itself is funded by the DeFi lending platform.

Prior to obtaining a margin loan, a trader must post collateral in a supported cryptocurrency. The margin lending rates are determined based on the cryptocurrency posted and the asset borrowed. For example, in highly liquid markets such as USDC and ETH, a trader could post the equivalent of $100 in USDC as collateral and obtain the equivalent of $400 in ETH on margin. In less liquid markets a 1X margin loan might be given.

A fee is automatically calculated by the platform every four (4) hours the margin position is held and is deducted automatically from a trader’s posted collateral. The margin lending rate varies according to the cryptocurrency borrowed.

Function of the Reserve Pool