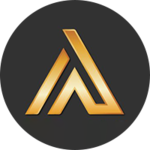 [APL]
Apollo is a pre-mined cryptocurrency on a proprietary PoS blockchain.

Apollo price Index provides the latest APL price in US Dollars , BTC and ETH using an average from the world's leading crypto exchanges.

The Apollo to USD chart is designed for users to instantly see the changes that occur on the market and predicts what will come next.

Apollo (APL) operates on its own blockchain.

Apollo's current share of the entire cryptocurrency market is 0.00%, with a market capitalization of $ 12.68 Million.

Utilizing a community of world-class developers, managers, marketers and researchers, the Apollo community, backed by the Apollo Foundation, has set out to accomplish the goal of making Apollo the most technologically advanced, feature-rich currency on the market. The Apollo Foundation understands the demands of a top tier cryptocurrency and they believe they can create a coin that will integrate everything necessary to replace the current currency options. As they develop and improve Apollo, the Apollo team will strive to develop features which have not previously used in cryptocurrency. The primary goal of the Apollo foundation is to create the first all-in-one cryptocurrency, innovating and incorporating every ability that could be beneficial in a digital currency, all in a single decentralized platform. The first major update, Olympus Protocol, puts mass adoption-proof privacy at Apollo's core. This is because the Apollo Foundation knows the ability for a user to buy, sell, trade and send in absolute secrecy is vital in an industry that could be moments away from intense regulation. The Apollo team is here because they believe the only person or entity that should be in control of your funds is you.