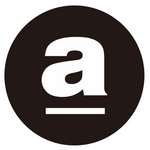 It partners with shopping malls of apM Group and provides a quick and efficient e-payment and customer rewards platform for a wholesale market. The apM malls collectively welcome over 1.5 million customers annually.

apM Coin tokens have value variability and will be compatible with APM reward points so that mass adoption can e carried out efficiently to expand further the APM coin platform.

The reward point is a stable token issued and managed through the token manager in the APM Chain Platform so that it can be applied in real-life and quickly traded. APM reward points can be exchanged for listing tokens via smart contracts using Ethereum connectors. When the user sends the reward points to the contract, it is exchanged according to the exchange rate.

apM Cash which may be used as reward points, which resolves the settlement issue and acts as a currency.

The project is backed by apM Group's knowledge and influence in the industry. It has its mobile app called "apM Members".

apM Coin's current share of the entire cryptocurrency market is 0.00%, with a market capitalization of $ 10.64 Million.

You can find more details about apM Coin on its official website and on the block explorer.