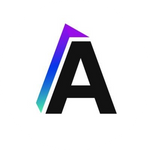 Acumen is an autonomous, non-custodial interest rate protocol native to the Solana

Acumen protocol is an autonomous, non-custodial interest rate protocol native to the Solana blockchain that uses algorithmically set interest rates to enable open financial applications. Acumen facilitates seamless interest-earning by establishing decentralized money markets, which are pools of assets with algorithmically set interest rates based on the supply and demand of loanable funds. Acumen engenders the ability to earn interest on your SPL tokens by connecting suppliers and borrowers of assets together. The Acumen protocol is inspired by Compound and Aave. Interest rate models and the architecture have been modeled off these protocols.

Acumen can attain the network’s sub-second finality and the average transaction fee of $0.0001, making the protocol faster and more efficient while at the same time saving money. Acumen protocol also has other use cases. Individuals who are bullish on a specific asset can use the protocol to earn additional returns on their investment by supplying assets in the protocol. Individuals can also benefit from the easy-to-use liquidation platform. In order to be a liquidator on most protocols, one must have an innate knowledge of smart contracts to code and launch their own bot.

Acumen's current share of the entire cryptocurrency market is 0.00%, with a market capitalization of $ 483.33 Thousands.