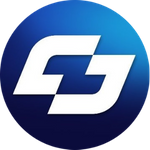 [WNZ]
Solana
Winerz is a blockchain technology that brings skill based wagering and play to earn mechanics to any existing game.

Winerz is a play-to-earn gaming platform that enables competitive 1v1 play of traditional head-to-head games powered by a token economy on Solana. Winerz capitalizes on the P2E revolution through blockchain technology that brings P2E capability to nearly any existing competitive games. The platform uses the existing market proven technology to leverage the engagement of best game titles in the space.

Winerz token will be minted as an SPL token on the Solana network to assure the fastest transaction times and lowest cost for the players. The $WNZ will become cross-chain in the near future to open the market shares.

$WNZ is primarily used as a transfer of value within the Winerz ecosystem, driven by three pillars: