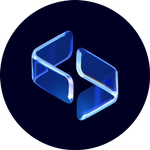 SeatlabNFT is an event ticketing marketplace hosted on the NEAR Protocol blockchain, which aims to connect artists with their fans and create a more immersive live event experience.

Holding the $SEAT token isn’t necessary to use the platform, neither does holding it force you to use it. However, if you do hold $SEAT and use the platform, there’s a load of some extras that come with them both.