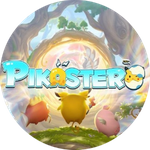 [MLS]
Pikaster is a card battle game that seeks to redefine gameplay for blockchain gamers by merging play-to-earn ideas and conventional gaming.

25% on TGE, then linearly every 2 months

6.25% will be unlocked at the end of each quarter after IDO

Pikaster features multiple gameplays to keep gamers engaged. These include expedition, idle system, Player versus Environment (PVE), and Player versus Player (PVP). Additionally, the game will have seasonal tournaments for experienced gamers. Participants will get big bonuses.

Also, players can choose to play under different weather conditions, which either favor or restrain various attributes of their Pikaster. On top of this, players can freely join guilds to fight in groups. If a group wins, its members get handsome rewards.

By offering various gameplays, Pikaster significantly increases the use cases of NFTs, widening the product and consumption channels of in-game tokens and enhancing the game’s playability.

The Pikaster game is turn-based, and players need NFTs to engage in battles. The in-game characters are titled Pikasters. Initially, the game minted 19,210 NFT Genesis eggs, which hatched into Pikasters. Players can get Pikaster by breeding, buying, or renting in the Pikaster marketplace.

There are six categories of Pikasters, namely grass, bug, water, lightning, fire, and fighting. Players can get evolved versions of these Pikasters by merging their NFTs or breeding. The evolution of a Pikaster consumes in-game tokens.

MLS is the governance token in the Metaland universe. The token holders will get an opportunity to contribute to community governance, among other value-added benefits.

Pikaster has two in-game tokens, namely SRBS and RBS. RBS is the primary token in the game, which players earn daily. On the other hand, SRBS is scarce, and players can only earn it in advanced gameplay.

The global cryptocurrency exchange KuCoin has announced its 22nd Spotlight Token Sale with Pikaster (MLS) on May 18, 2022 (UTC). KuCoin Spotlight is the exclusive token launch platform that allows users to acquire Pikaster (MLS) at the issue price of $0.12 by holding at least 100 KuCoin Token (KCS), the native token of the KuCoin Exchange.