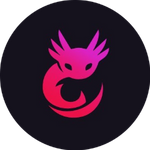 [ALOT]
Avalanche C-Chain
Dexalot is a revolutionary exchange whose singular charge is to bring the CEX-like experience to the world of DeFi.

Dexalot’s mission is to bring a viable decentralized exchange with Central Limit Order Book capability to the current cryptocurrency space. It creates a truly inclusive trading environment that can rival centralized exchanges with its look and feel.

Dexalot is built on Avalanche platform’s C-Chain technology for its implementation as it offers the following advantages:

Dexalot token is intended to be a utility and governance token for the Dexalot ecosystem.

The planned utility for the Dexalot token is as follows: