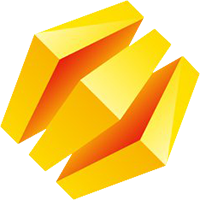 Tokens will be received 1–2 days before we are listed.

Blockcloud project is presented by its founders as a combination of Service-centric Networking (SCN) and Blockchain technology in a protocol similar to TCP\IP for use in IoT. The team claims that their project can solve many problems of current blockchain projects – “frail connectivity, poor scalability, absent trust, cracked security, and broken business model”.

Marketing strategy is based on the large development of IoT in the nearest future. The team predicts that by 2022 there will be more than 22bl. devices using IoT – where all of the owners are potential participants of the project. Unfortunately, founders don’t specify how are they going to corner the market, especially with existing competitors.

Quick ICO market review shows more than 26 direct and indirect competitors of BlockCloud in IoT segment. The most perspective one is HDAC, which is backed by Hyundai and raised 20m $ on closed presale and public TGE. HDAC is launching their first apps in 2018 and planning their full release in 2019 – at the same time of Blockcloud testnet launch.

Another large competitor – IOTA launched in 2015 - although had a massive x250 price growth, couldn’t show a working prototype to the present day.

The core of the team primarily consists of Chinese academic scientists from Tsinghua University, Shenzhen University, Hong Kong PolytechnicUniversity. The rest of the team has wide experience in startup launching. Unfortunately, neither in the main team nor in the advisory board there are no people known in blockchain or crypto community.