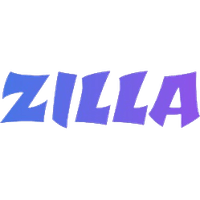 Zilla (ZLA) is a cryptocurrency token generated on the Ethereum blockchain.

Zilla's share of the entire cryptocurrency market is 0.00% with the market capitalization of $ 475.01 Thousands.

Find more details about Zilla cryptocurrency at the official website and on the block explorer.

Zilla price Index provides the latest ZLA price in US Dollars , BTC and ETH using an average from the world's leading crypto exchanges.

The Zilla to USD chart is designed for users to instantly see the changes that occur on the market and predicts what will come next.

For ICO is becoming universal more and more. It is so difficult for a buyer to trace, compare, and verify among the various ICO. There is no simple and easy platform can help participants master and compare ICO easily. ZILLA make the whole process simpler by provides a unified market for ICO, and use a simple APP to make ICO tokens crowdfunding for common users. ZILLA will be the first multilingual application and desktop ICO platform for users from Japan, Korea, China, and the West can easily participate in the ICO. Now there's not yet a single ICO platform that include all of these markets. And we have identified these markets as the ascendant of the crypto currencies.
Cryptorank
CryptoRank provides crowdsourced and professionally curated research, analysis and market-moving news to help market participants make more informed trading decisions. Whether you’re looking for the set of highly practical and insightful market information, market data or analytics, we have the tools to address your business needs.
Market Data API