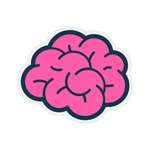 [IQ]
EOSEthereumPolygon
Everipedia is a decentralized on-chain Encyclopedia, founded in 2014

Everipedia price Index provides the latest IQ price in US Dollars , BTC and ETH using an average from the world's leading crypto exchanges.

The Everipedia to USD chart is designed for users to instantly see the changes that occur on the market and predicts what will come next.

Everipedia's current share of the entire cryptocurrency market is 0.01%, with a market capitalization of $ 74.41 Million.

To power the network the project created its native DeFi, NFT, and Oracle token, Everipedia (IQ). The IQ token was first launched in 2018 and it is a multichain compatible token that is available on the Ethereum, BNB Chain, Polygon, and EOS blockchains.

The company has also launched other projects including a future market prediction platform, PredIQt, which allows users to predict the likelihood of future events. Other projects include Everipedia OraQles, a first-party oracle service, and HiIQ. In the future, Everipedia plans to create Brainchain. Brainchain will be the first blockchain designed to bring human knowledge and information on-chain. The IQ token will be the native token of Brainchain too.

What are IQ’s key features and how does it work?

The Everipedia platform works via a three-module system. The three modules are a token module, a governance module, and an article submission module. The token module is used for making changes to the token balances of addresses. The governance module is used for submitting changes to IQ token holders who vote on regulation proposals, The article module is responsible for proposing edits to articles in the database.

The platform seeks to increase access to content creation and information. To do this, it allows a broader range of citation sources than Wikipedia and has created a content review process that enables the participation of a greater number of individuals. Anyone can participate and create content pages on any topic as long as articles are properly referenced and objective. Since it is a peer-to-peer network, it is not subject to country-specific censorship. This means that anyone around the world can access the information.

The IQ token is the utility token used for Everipedia Encylopedia as well as the company’s other projects PredIQt, HiIQ, and Everipedia OraQles. To participate in the Everipedia ecosystem, for example, to edit Everipedia articles and topics, users must stake IQ tokens. To bet on future events using the predIQt platform users must use IQ tokens. Users earn IQ tokens as rewards for correctly predicting events. The IQ token is also a governance token, IQ token holders can approve any edits made to articles. Through a voting system, users can create or edit rules that govern the platform.

What is noteworthy about IQ?

Furthermore, at present many information sources (e.g. Newspaper corporations, state news channels) are centrally owned and governed by wealthy individuals, governments, or groups who may have political and economic interests, as such information published is often biased and released as part of a particular agenda. Since Everipedia is decentralized, it will avoid having a centralized governing body with certain economic or political interests and it should maintain neutrality.

Where can you buy IQ?

IQ is available to buy from the CEXs and DEXs here. It is listed on several major exchanges including Binance and OKX. The price of IQ will vary depending on the exchange. It is also likely to fluctuate depending on current levels of market interest. For more detailed price information please view the price charts above.