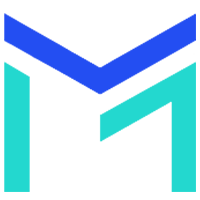 The vesting will start from the 4th month after the IEO and last 9 months.

MultiVAC ICO will be conducted.

Private/Pre-sale investors were able to buy MultiVAC tokens at a price $ 0.008. They have got -93.38% losses from their investments.

Offered % of tokens for sale: IEO on KuCoin will offer 600 million MTV (6% of the total supply), 1 MTV = 0.006 USD, KuCoin Shares within the limits of 180 to 3600 USD equivalent on one account are accepted (KYC is mandatory), the rate for KCS will be announced on the sale's day, FCFS.

Valuation of the last round of sales: 60 million USD.

The team is quite large and skilled: 5 Ph.D.s in computer science and mathematics. All of the team members have experience working in large and prominent companies. The project's advisors are also top-tier and occupy senior-level positions in leading enterprises. Among the project's investors, there is the well-known NGC, and there is also a JRR Crypto fund that has Binance in its portfolio.