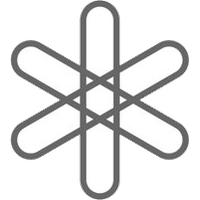 A marketplace for mobile data

Dent (DENT) is a cryptocurrency token generated on the Ethereum blockchain.

Dent's share of the entire cryptocurrency market is 0.01% with the market capitalization of $ 16.06 Millions.

Find more details about Dent cryptocurrency at the official website and on the block explorer.

Dent price Index provides the latest DENT price in US Dollars , BTC and ETH using an average from the world's leading crypto exchanges.

The Dent to USD chart is designed for users to instantly see the changes that occur on the market and predicts what will come next.

The DENT Token will be the world-wide currency for Mobile Data between Telcos and the user community. DENT enables a “Data Sharing Economy” where users are able to freely buy, sell and donate their mobile data, from any user to any user. DENT facilitates the removal of data roaming cost drivers, such as expensive routings between Telcos.
DENT enables automated purchase capability of data packages for consumers and iOT devices.
Cryptorank
CryptoRank provides crowdsourced and professionally curated research, analysis and market-moving news to help market participants make more informed trading decisions. Whether you’re looking for the set of highly practical and insightful market information, market data or analytics, we have the tools to address your business needs.
Market Data API