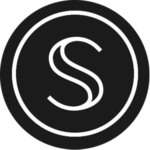 Secret Network was launched in 2020 and operates as a privacy-centric blockchain-based project. It allows network participants to leverage technology and offer decentralized projects customizable privacy. It aims to cater to applications and projects which need to maintain privacy due to the nature of their industry. This could include sensitive data related to medical or private financial matters.

It has developed a set of smart contracts, known as Secret Contracts, that are able to deliver on its goals. The smart contracts are interoperable which means that the network is compatible with a wide variety of projects that seek privacy solutions.

SCRT is the platform’s native cryptocurrency. It has a total supply of 190198234 SCRT and is used for network governance. SCRT is also used as a means of paying for network transactions and distributed as a reward for staking on the network and helping to secure it.

What are Secret Network’s key features and how does it work?

The Secret Network has what it calls Secret Contracts, which are smart contracts that are private-by-default. They are encrypted to ensure that input, output, and state cannot be viewed by others, unless access is granted.

Nodes running on the network, known as Secret Nodes, implement privacy controls within a particular application. This allows developers to create and make decentralized applications that can protect users’ data. Encryption of data happens at the input level, unlike many other blockchain networks which encrypt data after it is stored within a smart contract. Data is broken up and distributed across the network of nodes who can then compute the data without revealing the information to anyone, including themselves. Each node has special hardware for running code in their Trusted Execution Environment (TEE). This ensures that encryption is done before data is sent to smart contracts.

What is noteworthy about Secret Network?

The most noteworthy feature about Secret Network is its ability to provide programmable privacy. This is thanks to the network of nodes performing the computation of the smart contracts, and the implementation of data privacy controls meaning that decentralized applications can protect their user data easily and conveniently.

Where can you buy SCRT?

SCRT is available for trading on the following CEXs and DEXs listed here. The most popular platforms with the highest liquidity are MEXC Global, Gate.io, and KuCoin. The price of SCRT will vary depending on the choice of exchange and overall market conditions. For up-to-date and historic data for SCRT market prices, please view the price charts on this page.