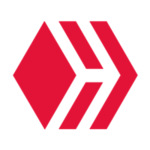 Hive is the blockchain for web 3.0 providing an ecosystem for apps, communities & individuals.

Hive blockchain is a Web 3.0 blockchain providing a decentralized ecosystem for apps, communities and individuals.

Hive aims to create a more inclusive platform that extends beyond cryptocurrency finance. Therefore, in addition to storing data from financial transactions, Hive Blockchain stores other data. This includes social content, i.e. blogs and gaming data, and votes. Hive is scalable and hopes in the future it will be a widely used social and economic platform. Furthermore, transactions using blockchain technology can be expensive and timely, Hive has been designed to remove transaction fees and speed up transaction processing times.

The Hive platform has two tokens. HIVE, which exists in a liquid form (HIVE) and can be traded, bought, sold and staked. The staked form is called Hive Power. It has also produced another cryptocurrency asset, Hive Backed Dollars (HBD), a stablecoin intended to be pegged to the US dollar. The value of HBD is dependent on the supply and demand of the token as well as the platform’s ability to buy back US dollars.

Hive Blockchain was created following the sale of Steemit Inc to Sun Yuchen in February 2020 as a decentralized and independent fork of the Steem blockchain, designed to combat the threat of centralization following the sale.

What are Hive Blockchain’s key features and how does it work?

Hive strives to offer a faster transaction speed than other blockchain technology, at present transactions take less than three seconds.

The Decentralized Hive Fund (DHF) is a decentralized autonomous organization (DAO), which provides the funds for the development of the platform, and users can suggest development projects and proposals, as well as cast votes on them. It has been designed to avoid centralized control over regulation changes.

What is noteworthy about Hive Blockchain?

Rather than being mined via the ‘proof of work’ method, Hive relies on a ‘delegated proof of stake’ model. This means that it uses witnesses (block producers) rather than miners to produce new blocks in the blockchain. There are 20 full-time witnesses who users vote for and a 21st witness position consisting of ‘backup witnesses’. Notably, only 10% of new coins are paid to the witnesses.

HIVE has recognized that the popular adoption of blockchain technology is yet to take off. Therefore, one of its aims is to make it more accessible and inclusive. To do so, it encourages a variety of activities on the blockchain by reserving the other 90% of new HIVE coins for users engaging and participating in the platform in other ways. This includes content producers, those engaging with content, curators and Hive Power holders. Such activities include writing blogs, playing games, building and engaging with dApps and so on.

The Hive Ecosystem currently consists of 126 apps, communities and projects. One of these, Hive Blockchains is Hive.blog, a social application created by Hive blockchain and reflects Hive’s attempt at developing social media using blockchain technology. Users are rewarded with HIVE tokens for posts and blogs. Meaning users can earn HIVE without requiring either financial investment or technical knowledge of mining. All content is stored on the blockchain and remains publicly accessible.