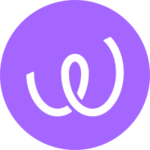 EW focuses on building core infrastructure and shared technology, speeding adoption of commercial solutions, and fostering a community of practice.

Energy Web Chain is an open-source decentralized blockchain platform derived from the Ethereum technology stack. It was created by the Energy Web Foundation in response to the energy sector’s high level of carbon emissions, with the goals to make activity in the industry more traceable, democratized and, importantly, support the industry’s efforts in decarbonization. It does so by providing the digital infrastructure necessary for the energy sector to develop commercial dApps that combat the industry’s high carbon emissions. The Energy Web Chain’s native token is the Energy Web Token (EWT).

The Energy Web Foundation, the company behind EWT is a non-profit organization founded in 2017 by Rocky Mountain Institute, an energy think tank; Grid Singularity, a blockchain developer and; ten other affiliates. Over several years, it raised around US$ 20 million to fund the project. The EWF launched the Energy Web Chain in June 2019. It now partners with many industry heavyweights, including Exelon and Shell.

What are Energy Web Chain’s key features and how does it work?

As part of the network, the Energy Web Foundation has created the Energy Web Decentralized Operating System (EW-DOS). This is a stack of technologies that are designed to provide the infrastructure and framework for developers to create dApps, this includes Energy Web Chain. Energy Web Chain is a blockchain platform designed for industry and as such, it is scalable and supports data privacy. Whilst specifically aimed for the energy sector it remains very versatile, allowing developers to create a wide range of customized decentralized solutions for specific goals. For example, it has scope to be used by grid operators, software developers, companies, regulators and individuals alike. For example, dApps could be developed by companies or regulators to trade, track and report important data regarding renewable energy markets.

The Network is secured by using a Proof of Authority consensus, a variation of the Proof of Work consensus. Whilst it operates in a similar way, it employs a smaller number of validator nodes to verify transactions. To become a validator node certain criteria must be met, including being an official member of the Energy Web Foundation. The advantages of this method are that it allows for faster processing times than the Proof of Work model and it has lower energy consumption levels. Notably, Energy Web Foundation has suggested that it is the only public blockchain secured by a Proof of Authority consensus that uses well-known organizations as validator nodes.

EWT, the network’s native utility token, has many use cases. Holders of the token can use it to interact with dApps and smart contracts built on the network. It can also be used for holding or sending to other network users. The token is also used to pay the network’s validator nodes, who are rewarded with the transaction fees on the network, in exchange for accurately processing transactions and creating blocks. 90 million EWT tokens have been released to run the platform and The Energy Web Foundations plans to release a maximum supply of 10 million EWT tokens, over a period of ten years from its initial release.

Where can you buy EWT?

EWT is available to buy from many CEXs and DEXs as listed here, some popular options include Kraken and Gate.io. The price of EWT will vary on the exchange and market interest. For further EWT price data please refer to the charts above.