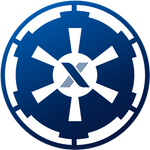 MetaX is the only fully decentralized, SLG-like PVP blockchain game built on ETH. MetaX is inspired by the magnificent interstellar colonization movement described in "Empire of the Galaxy", where mankind has landed on the desolate planets and swept the galaxy into a long era of interstellar warfare until the entire galaxy was united.