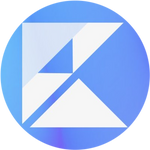 Kostren Finance is a new real yield aggregator on Arbitrum using several protocol systems to guarantee a long-term return. Kostren main goal is to create a protocol that owns its treasury (POT) as well as its liquidity (POL) while offering a real yield to the holders. For this Kostren will associate different mechanisms. The Negative Exponential Bonding Curve is at the very heart of the system. This function implemented directly in the smart contract allows Kostren to release tokens in the most equitable way possible between users. Kostren Finance will launch with 0 pre-minted tokens. Each token will be minted by users by depositing a whitelist asset in the treasury.

Kostren Finance aims to have an active management of its treasury to generate yields with the best possible risk/reward ratio. This objective is in line with the real yield approach which consists in redistributing the funds generated by the protocol to the $KTN stakers.

KTN is the main asset of Kostren Finance available via the bonds and the secondary market.