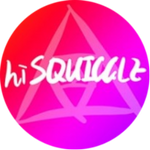 Fracton Protocol is an NFT liquidity infrastructure with a two-step fractionalization (ERC721-ERC1155-ERC20), and it provides permissionless liquidity and oracle for all kinds of NFTs.

hiSQUIGGLE's current share of the entire cryptocurrency market is 0.00%, with a market capitalization of $ 123.02 Thousands.