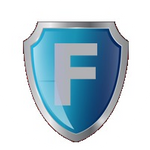 [FENOMY]
Fenomy is the decentralized ecosystem with its own blockchain, built on the principles of horizontal economy

Fenomy price Index provides the latest FENOMY price in US Dollars , BTC and ETH using an average from the world's leading crypto exchanges.

The Fenomy to USD chart is designed for users to instantly see the changes that occur on the market and predicts what will come next.

Fenomy's current share of the entire cryptocurrency market is 0.00%, with a market capitalization of $ 265.16 Thousands.

Fenomy is the decentralized ecosystem with its own blockchain, built on the principles of horizontal economy and relationship models between people in real life. Fenomy allows you to create tools to ensure personal and family safety in real life, including in critical situations when there is a threat to life and well-being. Tools for interaction between members and groups of members in a variety of areas from household to commercial, interaction coordination between groups of people on the ground, business process management, financial instruments – all this can be created on the basis of Fenomy. Fenomy has a unique algorithm for creating loyal connections and circles.

Fenomy consists of nodes that are involved in data processing and perform transport functions, and circles, consisting of user connections, formed on the principle of personal loyalty of members to one other. Fenomy Structure gives the visual representation of how the system works.

Circles in Fenomy are real, not virtual, and reflect connections between people in real life. Each system member has his own unique account, which can be used for mutual settlements between members. Fenomy also has independent entities - groups, companies and associations that have their own special properties and can be used to solve a variety of problems. Members interact with the system through client applications on mobile devices or via the web. Members interact with one other not directly, but with the help of nodes.